Our Centers: Tackling the Migration Challenge

Towards A News Era of Financial Freedom

Kadir Ahmed, is the son of Sagir Ahmed, is a resident of village Sahavpur of District Barabanki in Uttar Pradesh. He is a 25 years old mirgant laborer, he is like the other migrant workers, moved to the city to earn a livelihood and support his family in UP. Due to uncertainty of work, he had to return back to his native place. Where due to Aadhar enabled payment systems, he was not able to get his bank account opened and could avail the benefits of government schemes.

Salman, who is the Samarth SoochnaPreneure of Sahavpur district, was mapping the entire village amid the lockdown and it has been a challenging task. During those times he got to meet Shamim and registered Shamim in MeraApp and told that the benefit of the government schemes will be received in his bank account and some schemes will not be available without Aadhar & PAN card. Then Shamim gave the necessary documents to Salman and asked to apply for his Aadhar & PAN card.

Soon after a few weeks, Shamim’s PAN card arrived and he had opened his bank account. Soon after that he got to receive the benefit from the amount sent to the accounts by the honorable Chief Minister. Later, he heartily thanked our Samarth SoochnaPreneur Salman. 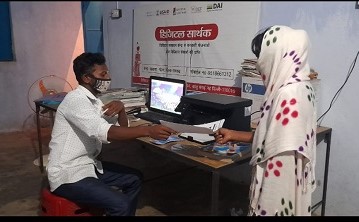 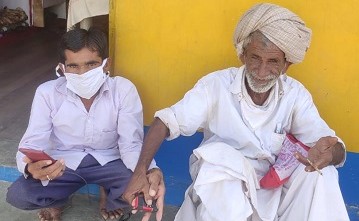 Towards A News Era of Financial Freedom